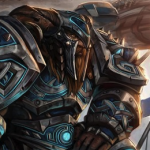 Would it be possible to add customisable topic tags?

I'm running a gaming community where players can report game related bugs. Instead of creating multiple sections for all possible bug types I would like to make players select what their bug reports refers to. This would be a required field which I could customize by adding various categories, for example

Each button would be color coded and show next to the topic name. It could replace for example that little page with folded corner icon shown on the screenshot below or placed :

This would greatly simplify bug reviewing. And could be applied in different ways.

For example, when I close a bug topic and move it to a 'Solved/Invalid Bug Reports' section I could select from a customisable drop-down menu if that bug was Invalid, Solved or something else...

Just a suggestion but it would be awesome to see something like that. Did anyone ever answer this question?